Libraries, it said, were in serious trouble.


At the time of publication the Mission Statement was taken quite seriously. Six years later, one of those who drafted it said it was:. I mean that we should consider the future of public legal information without recourse to contradictory and sanctimonious gibberish, cosmic definitions and saccharine generalities. And, as the reader may have guessed, I also mean to suggest that some of the problems of purpose that have faced public libraries in the past face public electronic libraries of legal information now. What are we trying to do, and for whom? Those questions can and should be responded to in different ways in different places.

Each provider will assume a character that is a cross-product of both source and audience. Too, we are all shaped by differing constraints, moulded indirectly by the historical practices of governments and academic institutions, and by different legal cultures [3]. It is not clear, at least at the outset, that similarities of structure will outweigh these differences. For that reason it is probably best that I be explicit about my own prejudices, even though I happen to believe that the similarities outweigh the differences.

So far as our relationship with creators goes, it should probably be kept in mind that the American court system is itself confusing and complex, and the variety of arrangements it makes with providers and publishers even more so. This essay is a sampling of views taken from a particular and perhaps peculiar vantage point; whether they can usefully stand as general prescriptions is for the reader to judge. Part of the reason that the problem of purpose is so daunting is that the immediate past has provided us with so many purposes.

To be sure, most of us have been forced to narrow our choices; resource and time constraints force us to set priorities on what we will provide, and to whom. But in general there has been plenty to do, few doing it, and great advantage to be found in pursuing sometimes diffuse targets of opportunity. That this has been so, and that it can continue to be so, is probably in itself the greatest achievement of the public legal information community.

We have so many choices precisely because our own activities have opened up so many opportunities. Consider: when I began working at Cornell in , Westlaw and Lexis were in a position of enormous intellectual as well as commercial dominance in the American legal information marketplace. At least partially as a consequence of this duopolistic regime, electronic legal information systems were a pair of spectacles looked through and not at.

This is no longer the case. People are thinking about how to build more capable and more accessible systems. More, they have built them in large numbers, using a variety of approaches to serve an unexpectedly large market. If nothing-else, we have succeeded in fostering discussion and experimentation, and in opening up a vast sense of possibility. Some of those possibilities have been well actualised in the public sphere and have in turn been a spur to commercial innovation, leading to improved services, interfaces and pricing structures.

Put another way, the existing public legal information providers have for the last five to seven years enjoyed a more or less free field in which they have been able to fill a wide range of roles. There are many strengths to choose from. An admittedly incomplete list of roles and activities successfully undertaken by public legal information providers in the last five years would include:.

Reviews of books…and occasional other stuff.

In underscoring the need for selectivity and focus, I do not mean to suggest that our collective future will be as a tightly organised army of providers, each with its own marching orders. What is wanted is more of an ecology, in which individual species are better adapted for one or more of these roles. For, as the experience of the librarians makes clear, no one public information critter can or should try to be all things to all people.

At the same time, there are many reasons why biodiversity in the public legal information sphere is both necessary and desirable; it is the only way to cope with the combinatorial explosion of potential creator-consumer pairings I mentioned earlier [8]. Variety should not be a problem.

The past two years have brought burgeoning activity by ever-larger numbers of commercial, academic and governmental providers, each with its own set of target markets and each with its own style. Assuming all continues as it has been, we should have all the diversity we could possibly hope for and then some. Before going on to discuss what it might mean to have such an array of providers, let us pause for a moment and consider some possible impediments. Some of these are the traditional bogeymen of public access: lack of funding, exclusive publishing contracts [9] or copyright regimes that cut off information streams at the headwaters, and so on.

All of these have been discussed quite ably elsewhere.

But not surprisingly we have been much less quick to consider those matters in which we ourselves are, or could be, the problem. We need to be mindful of it simply because our activities may not be an unalloyed good.

The reasons can be economic or they may be structural. The economic question is simply whether the availability of a free but less-than-optimal resource will inhibit or prohibit development of a better but necessarily more costly one by the private sector or, indeed, by some other apparatus.

How the NSA Attacks Tor/Firefox Users With QUANTUM and FOXACID

The structural question is really two questions, having to do with institutional positioning, competence and responsibility. Market-structure analyses of public legal information [11] have for the most part seen public providers as entities that add a low level of value at a point early in a chain of such value-adds, likely as its first link. Indeed, most such analyses do not contemplate public providers that are not themselves creators — in other words, they imagine courts, legislatures and agencies to be the exclusive occupants of the public provider role.

If a court is itself adding value equivalent to that offered by Westlaw, or close enough as makes no difference to the consumer, then there will be no private sector providers; few will buy what they can get for free. And I do not believe that the future of public legal information lies in replacing private sector activity; it never has. Nor do I believe that in the US, at least it could be done effectively [12]. The danger I perceive lies in the idea that even the unrealised potential for such a cutting-out of the private sector would be seen as sufficiently threatening to justify strict — and artificial — limits on the level of value that could be offered by issuers themselves.

Actually, the real danger is not the setting of limits per se; that will happen regardless, as a consequence of a few inescapable facts: it costs some money to add any value, the pockets of public providers are not likely to be deep, and there are simply some things that government is not good at.

The danger is that limits that are far too confining could be set in knee-jerk fashion without an informed public policy debate [13]. And the creation of the informed public that will have that debate is an important and genuine challenge. Too, thinking about this as a sort of Robin Hood problem gives rise to artificially simplified analysis.

Seeing the world as a struggle of public and private sector providers tends to lead one to equally bipolar notions about the market for legal information.

Indeed, this is the way that many have been viewing things. On the one hand, we have the public — unwilling or unable to pay much and not very sophisticated in its needs or in its use of the material. On the other hand, we have wealthy lawyers and law firms, boundlessly able to pay, sophisticated in use, and eager for the highest level of quality they can get. The reality is that there are many more markets than that, all differing in type and level of sophistication, and if anything, our responsibility is to continue to point that out — both in the abstract, and by implementing prototype systems to serve those who need more attention than they have been getting.

I can make two simple prescriptions in the face of such complexity. One is obvious and a second is more the product of instinct and experience than of close reasoning. Obviously, we must guarantee an informed debate. The public neither knows nor understands what is at stake when these matters are discussed; it is our problem to educate them. My second prescription is, in a sense, an outgrowth of the first. The debate should be informed by reference implementations, collections of information that can be pointed at as examples of what is being talked about.

A Mind for What Matters: Collected Essays

The notion of providing leading examples is, of course, nothing new. But it will demand more of us as technology evolves, and will force on many patterns of growth that it is not certain they can sustain, as the maintenance of legacy collections begins to compete with the mounting of new materials for time, money and attention. I see this as a particular danger for those of us doing applied research within legal academia. 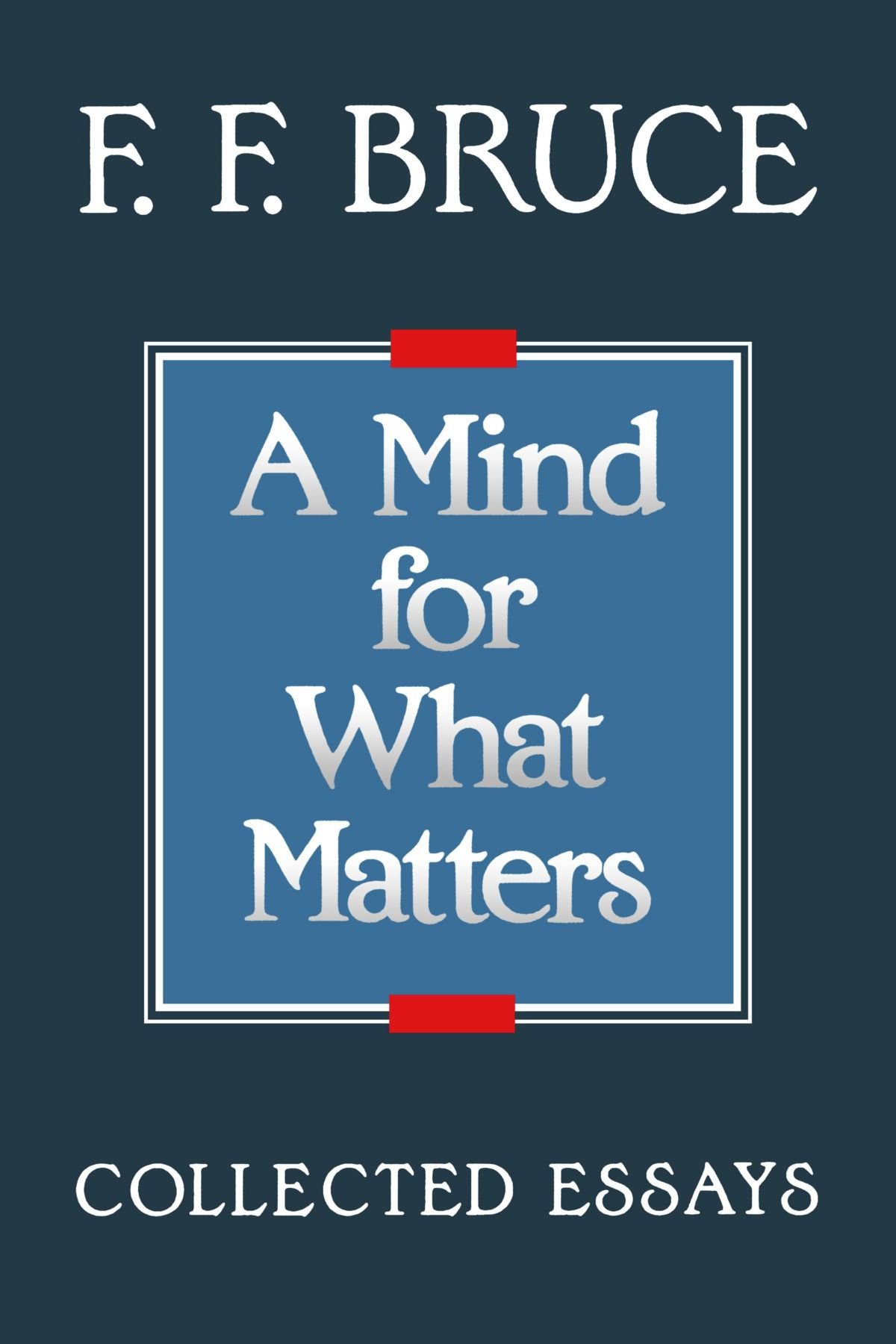